Yet another shed shot! 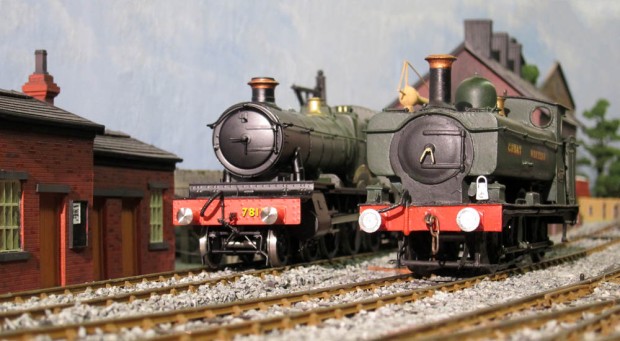 Yet another shot of engines on shed. Will try and do better next time.

7810 and 2743 posing in the sun. 7810 is employed on the Wychminster-Southampton services, taking turns with 4365. 2743 is usually employed as station pilot and on transfer freights to Evesham and Worcester. 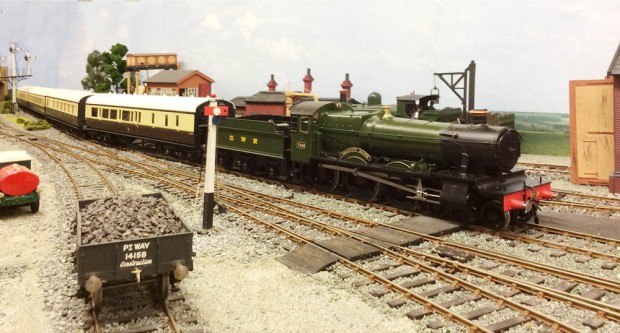 As supplied this engine did not have the strength to pull the skin off a rice pudding (I didn’t actually test that as it would have messed up the track bed – it’s just the impression I got). It certainly couldn’t pull the four coaches it’s shown with but did make a good job of polishing the track. Thankfully the model has an opening smokebox door so I was able to cram it full with strips of roofing lead (bought from a local builders merchants – no nearby churches suffered). Pulls quite well now but prone to slippage if the power is applied too quickly, something I don’t think Great Western engines ever did in reality unlike some of their less well-engineered cousins. 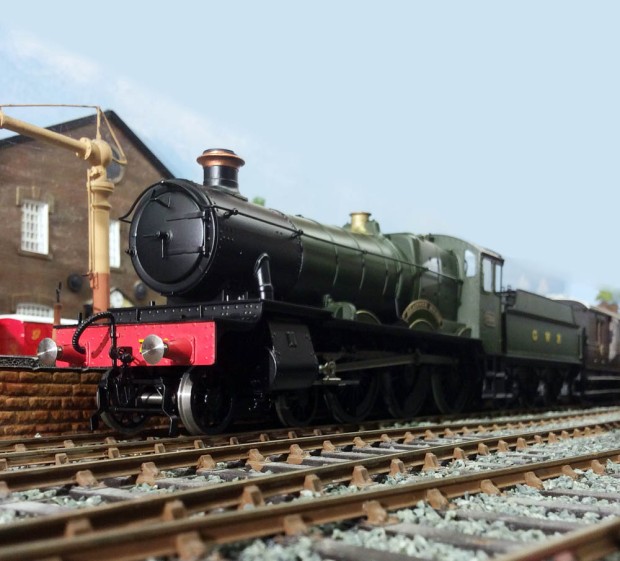 When I was a lad my bedtime was dictated by the passing of the up Southampton-Cheltenham which left Cirencester at about 19.30. This was on the downtrodden ex-M&SWJR line which had had the life throttled out of it by both the GWR and British Railways. The reason this particular train was a highlight was that it was the only service I saw on the line which had named engines (I rarely saw them return south as I would have been in school). Two engines dominated this service in the late 1950s – 7808 Cookham Manor and 7810 Draycott Manor. 7808 is far too famous, and common, so when I ordered my Manor from Finescalebrass, I went for its less illustrious stablemate.

My layout is set in about 1930. I already has a City 4-4-0 running a couple of years late and a 48xx 0-4-2T a couple of years early. A Manor from the late thirties is pushing the boundaries a little too far, I imagine, but it brings back many memories of standing on the fence at the bottom of the garden.

Incidentally my mum had a clever ruse to stop us getting too near a loco. She assured us that some of them were ‘suckers’. She wouldn’t tell us which so my brother and I kept well clear for fear of disappearing down the boiler. 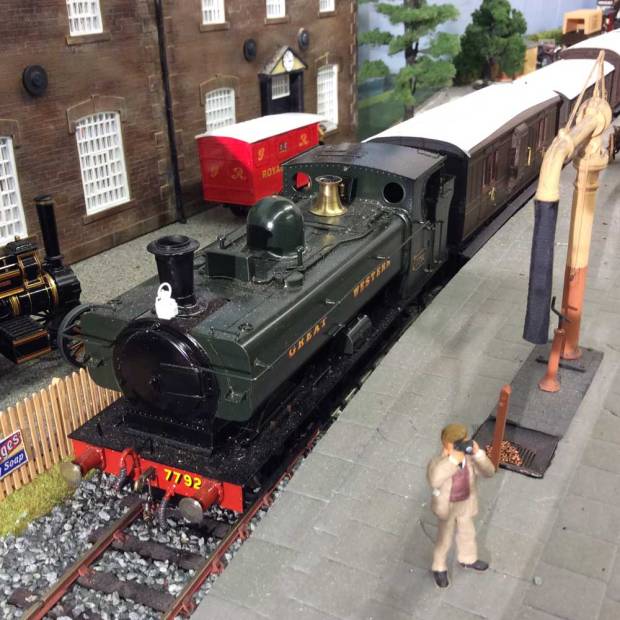 The photographer, still lurking by the water crane, is patently ignoring the smartly, turned-out 57xx tank in the bay. 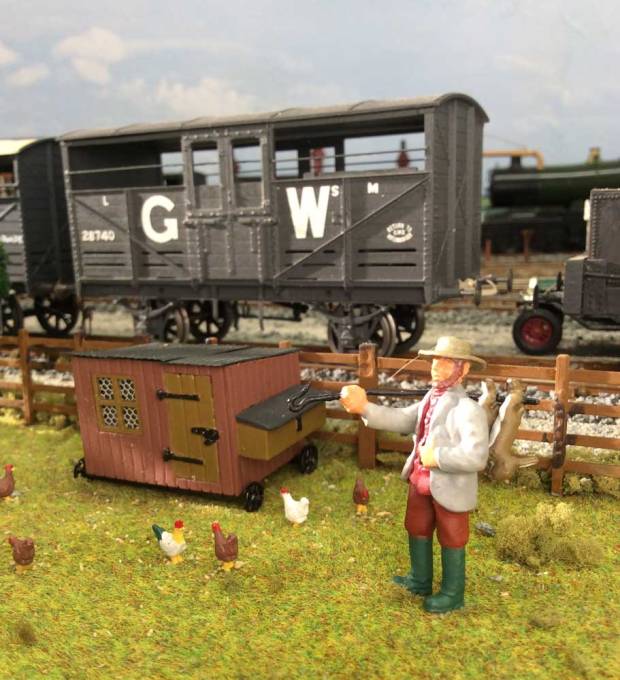 Rabbits for supper and eggs, hopefully, for breakfast.